Loss, to make room for the new 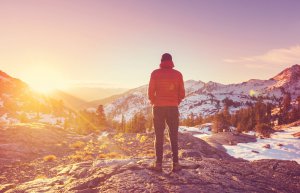 Stephen Grosz, a British psychoanalyst well-known to many psychologists in Madrid who have read his articles in El País, was recently interviewed by Tim Black on his book The Examined Life.

It is fairly unusual for psychoanalysts to write books or articles in such a way that the discipline may be understood by those unfamiliar with the field, and Grosz has done so remarkably well. The success of his book, and how well received it has been, attests to this fact.

In the interview, Grosz touches on his intellectual background and on the relevancy of Freudian thought today. He seeks to avoid pseudo-knowledgeable psychoanalytical jargon and aims to express what is essential to Freud’s discoveries –– notably a method of listening, without preconceived ideas, to what patients say in order to afford them a truthful view of their inner selves.

One of the central ideas of The Examined Life, and Grosz’ interview, is the importance of developmental arrest –– how not being able to lose something can freeze an individual in a state that doesn’t allow them to grow, develop deeper relationships, or gain new capacities. As Grosz puts it: “It’s only by letting go that you will make space for the next phase”.

Through the use of the evocative metaphor of haunting he describes how psychoanalytic treatment summons up, in a way, the ghosts in the patient’s mind. Ghosts that have never had a setting where they could be confronted, and that haunt the patient’s life with their uncomfortable presence.

Psychoanalysis offers them that setting, calls them into the awareness, and faces them squarely. Only then can they be put to rest.

Psychology and treatment of self-destructive behaviour 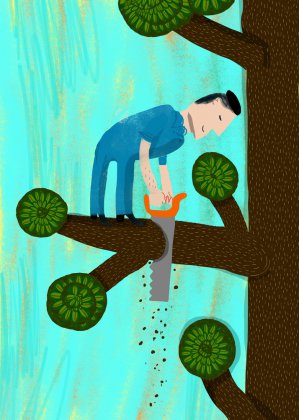 Self-destructive behaviour is, at first glance, amongst the most enigmatic and counterintuitive emotional disorders. How is it possible that someone would wish to harm themselves?

It seems to run directly against what appears to be everyone’s apparently obvious wish to seek out pleasure and happiness. There’s something disturbing about wishing to damage oneself, not protecting oneself, to seek out suffering. People who discover this trait in themselves are often deeply troubled by it.

And yet, if we take a step back for a minute, sooner or later we will observe that self-destructive behaviour is far from being unusual.

Indeed, it does sometimes present itself in very clear and recognisable forms, where the wish to destroy oneself is manifest and conscious (or almost): self-mutilation, certain drug-abuses, or exposing oneself willingly to another person’s violence, are examples of this.

However, these manifestations, so blatantly recognisable, are not by any means the most common forms of self-destructive behaviour. Far more common are all the subtle and compulsive forms of self-sabotage, of which the individual has no awareness whatsoever, and that effectively attack her or his wellbeing.

To be continually self-derogatory, seeking humiliation without realising it, approaching everything from a negative standpoint, going through mysterious and repetitive failures, insidiously (and firmly) hanging onto pernicious situations, or constantly finding oneself in the position of a victim are among the many ways that can be used to harm oneself.

We should also note that, from a larger point of view, some ideologies (be they religious, political, or other) derive a feeling of validation ––often of moral superiority–– on the experience of suffering. They thus attract individual who seek intellectual justification for their unconscious self-destructive needs.

If we investigate these situations in depth, we will first discover the relatively transparent incapability of allowing oneself to be simply happy. But we will also find, and much less obviously so, the secret pleasure that is obtained from suffering –– secret because it is unacceptable to our consciousness.

How does this come to be?