The first meeting with a psychologist 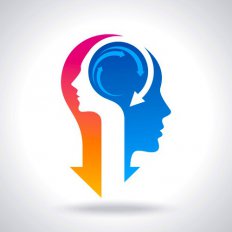 The reasons for which people consult a psychologist are as varied as the people themselves, but they all have one thing in common: the person who consults about her/his emotional problems cannot solve them on his/her own.

In all likelihood, this person will have tried several times to find a solution, be it by exercising strict self-discipline, be it through talking to people close to him/her, be it through reading self-help books; however, despite all these sincere efforts, unfortunately the problems continue.

This inability to resolve the difficulties on his/her own is due to the fact that they are of unconscious origin and they are therefore not available to the individual’s understanding. We all have an idea of who we are, but sometimes the gap between who we think we are and who we really are is so great that it produces incomprehensible symptoms.

When we know what the matter with us is it is relatively easy to take whatever measures may be necessary in order to change the situation. However, when we don’t know ––and we suffer from depression, anxiety or sexual difficulties, amongst others–– we become, in a way, victims of ourselves, without any control or capacity to modify what is making us suffer. An unknown part of us harries us like an invisible shadow from which we cannot escape. Nina Coltart, a fine British psychoanalyst with a penchant for literature, called it “the beast that lurches in the dark”.

It is true that we often have an idea, sometimes more precise, sometimes less so, of where these problems may come from but, if we cannot resolve them on our own, we can be sure that that we’re missing essential elements, fundamentally emotional, that would give real and felt meaning to the suffering. The goal of a psychoanalytically oriented psychological treatment it to shed light on the unknown, make it tangible and thus modifiable.

For this to be able to take place, the first meeting with a psychologist is different from any other meeting. It cannot be about filling out forms or giving advice since this would only supply the patient with information he/she already knows and would block his/her ability to speak freely. The psychologist listens to what the patient says about himself/herself but, above all, he tries to listen to what the patient doesn’t know about herself/himself and that shows through her/his way of being. The fundamental idea of this meeting is to facilitate as much as possible the patient’s capacity to express herself/himself freely and spontaneously since that is where the richest source of information lies in order to be able to help her/him. The goal is for the patient to be able to talk about his/her emotional suffering and for the psychologist to be able to observe how the patient functions.