Assessing the value of neuroscience

A fair number of psychologists and psychoanalysts in Madrid are interested in, and have written about, the different levels of complexity that exist in the understanding of the physical, biological, psychological and social dimensions.

The book: “Viaje a la Complejidad III. El Psiquismo. Un Proceso Hipercomplejo” (2013) is a testimony of their efforts.

Different laws of inference and understanding apply at the distinct levels; the causal relationships that can be established between elements at one level ––say, the biological–– cannot be used to explained phenomena at another level ––the psychological, for instance––.

It would be as much of an error to reduce psychology to the biological processes that underlie it as it would be to reduce biology to the physical interactions of the molecules within living organisms. When certain levels of complexity are reached within systems entirely different rules and properties emerge, properties that were not predictable from the previous level of complexity.

This phenomenon is called emergence. A classic example is what happens when one combines two gasses, hydrogen and oxygen –– there is nothing in these gases that predicts that when you combine them, the result will be water, which functions entirely differently from its component elements.

The same goes for psychology, there is nothing in the component elements of brain cells that predicts that conscious or unconscious behaviour will manifest itself. The current excitement over neuroscience, however, sometimes loses sight of this, and seeks to explain all psychological manifestations through brain activity.

A recent article by David Ludden in Psychology Today goes into the matter.

An introductory overview of psychoanalysis 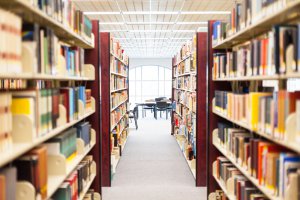 The International Psychoanalytical Association  ––founded by Freud in 1910, and federating 72 constituent societies worldwide–– has recently published an informative online article: "About Psychoanalysis".

It explains the origins of psychoanalysis, what it is for, Freud’s discoveries, the major schools of thought, the setting, how analysts train, ethical principles, and many other areas.

Written by Cordelia Schmidt-Hellerau in Boston, Gábor Szõnyi in Budapest, and Raul Hartke in Porto Alegre, all three Training Analysts of the IPA, the article is an unbiased introduction to the field for those who wish to know more.