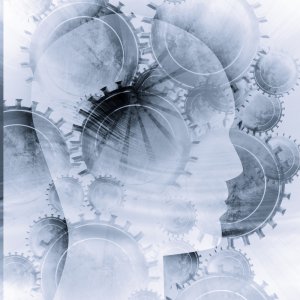 Inhibition expresses itself in many ways. It is probably one of the most common clinical symptoms psychologists come across, as well as one of the most frequent limitations with which some individuals, who believe that they are relatively free from difficulties, live with unawares.

Inhibition consists in an incapacity to freely express a wish or a natural ability; the individual is diminished by the inhibition and cannot fully develop himself or herself. This generally entails a significant limitation in the enjoyment of their life.

Inhibition frequently manifests itself in sexuality, sometimes annulling it completely, as well as in the fear of facing conflicts, leaving the person defenceless. It is not unusual for intellect, attention and/or memory to be hindered by it, which can obstruct educational and professional development.

It is sometimes linked to food, drastically reducing the capacity to nourish oneself; it can appear when one has to speak in public, leaving the person mute and confused; it is also well known amongst people who play sports and who can suddenly find themselves incapable of competing…  The list is potentially endless.

Where does it come from?

Inhibition is the result of an unconscious prohibition that is issued by a part of the personality that is in charge of maintaining the individual’s moral equilibrium (what is good or bad) as well as their self-esteem.

This part forbids the expression of a wish or of a natural capacity because, in the individual’s unconscious, they are associated to something morally bad, or they threaten to be wounding for the individual’s self-esteem, and sometimes both at the same time.

A woman finds herself incapable of reacting to the common conflicts of everyday life; reduced to helpless passivity she cannot defend herself when someone shoves her in the metro, when her good will is taken advantage of at work, when people invade her space… Her aggressiveness ––a natural drive that is necessary for all human beings–– is inhibited, depriving her of her strength, her initiative and her capacity to react. Although frustrated by this, she feels she has no choice but to step back, be accommodating, and avoid all potential tensions.

What has happened in her mind? It’s possible that at an unconscious level the expression of her aggressiveness is so closely linked to destructive fantasies that she cannot express the slightest hostility without fearing that she won’t be able to help unleashing something terrible. Asserting herself, taking the lead, or even saying no, are experienced unconsciously by her, irrespective of their being harmless in reality, as potentially having dramatic and morally unacceptable consequences. Anything that can be associatively linked to an idea of force, strength or anger becomes immediately dangerous, hence inhibition takes over.

A man cannot help controlling everything he does: his words, his gestures, even the thoughts that he allows to come to his mind go through a restrictive filter that reduces what he can express to a bare minimum. Deprived of spontaneity, this individual behaves in an almost stereotypical and automatic way, the only way that he can find acceptable. He struggles with light-hearted moments, with improvisation, and with humour, fearing they may reveal something shameful about him. The ability to laugh at oneself, freeing for most people, is almost unknown to him.

How can we understand such a limitation? Experience shows that it is often the result of an unconscious and inflexible ideal of oneself that tyrannizes the individual, forcing him to try to attain some kind of faultless image. It’s an image of dehumanized perfection, like a marble statue, that demands that no weakness, no crack be shown because they would be experienced as stinging and humiliating disappointments. This entails a painful dilemma for the individual who suffers from it: in order to be able to like himself he is forced to try to approach that perfect image; but in order to approach that perfection he must give up his humanity and the enjoyment of life.

The psychological treatment of inhibition consists in deeply working through the excessive internal demands, and prohibitions, in order to soften them and allow a greater expansion of the individual’s wishes. Understanding emotionally how and why they have come to develop that way in relation to other people will afford the individual the capacity to modify how she/he feels. Depending on the personality structure within which they are found, pure inhibitions often have a positive prognosis.

The goal of treatment is inner liberation, that the individual may feel free to express herself or himself in all their complexity, usually far more than they initially imagined, and more fully enjoy their abilities and wishes.

Previous Next
Psychoanalysis in Madrid, Psychologist in Madrid