Training to become a psychoanalyst in Madrid 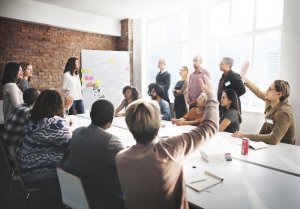 After having received several requests for information on the subject, here’s a brief answer.

There are a number of psychoanalytical associations and societies in Spain, but only two that are Component Societies of the International Psychoanalytical Association (IPA) : the Sociedad Española de Psicoanálisis (SEP), in Barcelona, and the Asociación Psicoanalítica de Madrid (APM), in Madrid, with representatives also in Valencia and Bilbao.

The IPA was founded by Freud in 1910 (see history of the IPA) and federates more than 110 Component Societies in the world, each of them with their own Training Institute. In the English-speaking world, there are 44 societies distributed between the UK, Canada, Australia and the USA. The IPA guarantees that its Component Societies, and their Training Institutes, uphold the highest ethical, scientific and professional standards, and makes sure they function optimally.

Although there are slight differences in training between the different Institutes, IPA training worldwide is based on three fundamental pillars: personal analysis, supervised clinical work, and theoretical seminars. Their specific implementation depends on the cultural and theoretical references of each country; in order not to extend ourselves too much we’ll limit this to describing how it takes place in Madrid.


This film outlines the main discoveries and findings of psychoanalysis, founded by Sigmund Freud, about the structure and functioning of the psyche, and about the nature of mental illness and of psychological disturbances in general.

This film is divided into the following five main points, which are briefly summarized here below.


The dynamic nature of the mind: