Fiction and wishes: the representations of psychotherapy and psychoanalysis 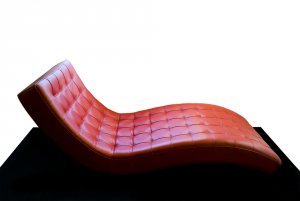 Psychotherapy and psychoanalysis appear quite often in films, series and books, sometimes to add depth to a character, sometimes as the main subject of the story, and other times as a comedic aside.

This is all a part of the writers’ creative material and it can turn out to be very effective narratively. We are moved, for instance, when we discover the unsuspected fragility of a character, or we marvel at the psychoanalyst’s phenomenal insight, and we often delight in the fact that we’re entering into forbidden territory, the analyst’s office, protected by the strictest professional secret. On top of all this, we’ll frequently see the portrayal of intriguing and scandalous transgressions of deontology.

All of these representations are perfectly legitimate as narrative resources and thankfully psychology, psychotherapy and psychoanalysis are not treated as sacred objects that could only be approached with the greatest reverence.

However, this phenomenon could also spark our curiosity since we’ll often find that the same themes repeat themselves in these representations –– themes, we will notice, that have very little to do with reality. Indeed, the representations of psychotherapy and psychoanalysis, especially in audio-visual media, are full of entirely fictitious situations. What are they, and where do they come from? Why are they so often repeated?

We will also observe what seems to be the extreme difficulty of representing therapeutic work in a way that is more or less true to reality. It is highly unusual for it to be realistically portrayed, apart from a few rare exceptions that are generally no more than pale approximations. Must we conclude, then, that it is indeed impossible to represent, in audio-visual media, the complexity, the honesty and the human depth of psychoanalysis in a way that could interest a viewer?

Let us attempt to answer these questions; we’ll begin with the themes that repeat themselves and see why they do.

Fiction: the omniscience of the psychoanalyst

When a psychoanalyst is represented in a film or in a series it is not unusual for us to be astounded by her unbelievable insight when she is faced with what, in principle, seems to be a patient who presents very complex and challenging difficulties with a long history. Without us being able to follow her deductive processes, the psychoanalyst reaches a miraculous understanding of the problem; the patient, thunderstruck, is profoundly moved, and his entire life changes from that moment onwards.