What’s the difference between mourning, depression, melancholia and mania? 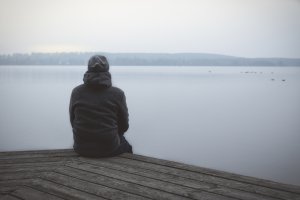 Mourning, depression and melancholia are often confused with one another, and mania is, for the most part, quite unknown. The term bipolar disorder, meanwhile, has become prevalent in everyday language whereas its clinical frequency has not changed.

They are all linked to a feeling of loss and, apart from mourning ­­––which is an entirely normal process that isn’t pathological–– they all belong to what are called mood disorders, those that affect the individual’s affective state, either by lowering it or heightening it.

Since there have been many questions about the subject from people in Madrid, let’s review what the differences are briefly.

Mourning is characterised by a state of sadness and apathy, often accompanied by insomnia and fatigue, that follow a conscious emotional loss. A loss that can be that of a loved one, a place, an activity, or even certain intellectual ideals.

Someone who is in mourning is fully aware of what they have lost; the acknowledgment of the loss leads them to slowly give up all the satisfactions, wishes and hopes that were tied to what has been lost –– hence the feeling of an impoverished world, and profound sadness. An important source of vitality, motivation and interest in their life is gone.

Mourning is not linear: it can be very intense, then disappear, come back at an unexpected time, or be absent at a moment when one would expect it. Although mourning gradually fades with time, it is not unusual for it to last several years if the loss has been that of someone or something deeply meaningful to the person.

Someone in mourning does not need psychotherapy or medication, they need time to reorganise their inner emotional landscape, and to be surrounded by understanding people. If, however, there is no modification in the sadness and the apathy over time then we talk about pathological mourning, which is a form of depression.

Who can become a psychoanalyst? 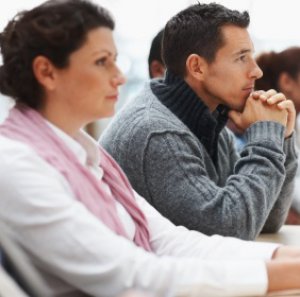 In Spain, as in most of the Western world, current legislation requires that those who wish to study psychoanalysis must previously have undertaken studies in psychiatry or clinical psychology.

However, those studies are not enough to be a psychoanalyst. There are certain personality traits, of those who wish to undergo further training in order to become psychoanalysts, that must be present in order for that wish to become a reality. These traits are not necessarily fully consolidated at the beginning of an analyst’s training, but there has to be at least a core that can be developed.

Those who wish to train in psychoanalysis in Madrid, in the Asociación Psicoanalítica de Madrid, will go through interviews where these qualities will be assessed, as well as the depth of self-knowledge acquired through personal analysis.

What are they then?

Every psychoanalysis and psychoanalytic psychotherapy rests on the quest for finding the patient’s inner truth, whatever it may be. This comes with a requirement of honesty on the patient’s part, but also on the analyst’s. Due to the sensitive material that they will work with and the trust it requires, the analyst must be willing to recognize that he is not infallible and can make mistakes, and he must also be willing to face whatever may arise during the treatment –– analysis is not an ascetic intellectual exercise and strong emotions will most likely appear at some time.