What kinds of psychologists are there? 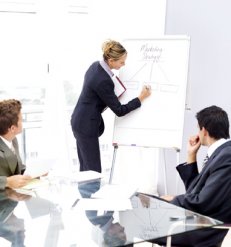 Psychology is, by and large, a science dedicated to the study of mental processes such as attention, memory, perception and cognition.

Experimental psychology creates the scientific foundations of the discipline and, through highly sophisticated experiments, it discovers how the conscious mind functions to perceive, pay attention, remember, chose and think. It also studies unconscious processes but of a different kind from those studied by psychoanalysis.

Industrial psychology is psychology applied to work-related situations in order to facilitate a better fit between certain jobs and certain personalities, help workers identify there strong and weak points and also to resolve possible conflicts that may arise in businesses. These psychologists often work in the human resources department.

Clinical psychology is the branch of psychology that treats emotional suffering. The first school of clinical psychology was psychoanalysis, created by Freud, and it meant an enormous advancement in the understanding of emotional difficulties. The school of behaviorist psychology appeared in the 50s, led by Watson and Skinner, and they studied closely the observable behavior in human beings. This school was subsequently fine-tuned and made more complex by cognitivist psychology (James, Piaget) that, inspired by psychoanalysis, took into account the mental processes behind observable behavior. Later on the humanist school of psychology appeared, inspired by Maslow and Rogers, and they centered their efforts on what they understood to be the natural tendency of the patient to grow.