Questions about psychoanalysis: the Oedipus Complex and Masochism 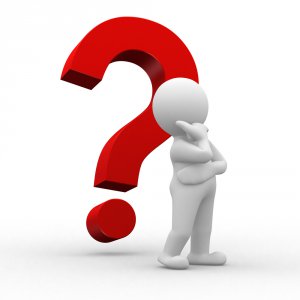 A reader of the Revista Psicoanalítica de Madrid asked a number of interesting questions about the article “The Strata of Being”. Since they could be useful for people interested in psychoanalysis, here are the questions and the answers. For reasons of simplicity we will use the generic masculine pronoun.

I’d like to know more about the Oedipus Complex and masochism, subjects that you talk about in your article. I’ll transcribe the paragraphs where you refer to these subjects and then I’ll formulate specific questions.

Page 86:  “…(S. Freud) opens the field with his conception of a drive-based unconscious where the forces of sexuality, aggressiveness, narcissism and its ideals, mourning and the great relational organizer, Oedipus, inhabit an unknown world, ruled by principles that escape the bounds of logic and that will be severely frustrated by reality.”

Psychoanalysis and fanaticism: a conference in Madrid 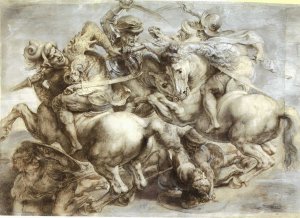 Conference given at the Círculo de Bellas Artes, Madrid, 8th of April, 2015

Fanaticism is a belief or a behaviour that implies an a-critical and zealous attitude towards political, religious or ideological causes, and that insists on very strict standards with no tolerance for different ideas or opinions. The fanatic knows that The Truth is on his side and he hates any other point of view. This said, we must not forget that we all need certain irrational beliefs and convictions in order to function in our lives and we can all become a little fanatic when our beliefs are questioned.

Etymology of the term:

The word fanatic etymologically comes from the Latin word “fanum”, the Roman temple where the oracles went. It was in these temples that the cult of the goddess “Ma Bellone” was celebrated. She was a figure of Roman mythology, the goddess of war, who represented the horrors of war more than the heroic aspects. The sooth-sayers that interpreted the omens, and the goddess’s priests, inspired by the divine, would whip themselves up into an ecstatic religious frenzy where they would contort themselves furiously, cutting themselves with swords and axes, letting their blood flow. These sooth-sayers were called the “fanatici”. “Fanum” also has the same root as “vates”, the prophet, and the “fanum” is the place of prophecy. The cult of “Ma Bellone”, was later incorporated into the cult of Cybele, the cult of war and patriotism. Devoted to a goddess, the “fanaticus” speaks in her name and with her authority.

We should note that, at first, the word “fanaticus” was not pejorative, the “fanatici”, with their feverish contortions and religious fervour, were the means through which divine wishes and destiny could be known. It was only later that their agitated states and incoherence were deemed suspicious by Christianity and little by little they were lumped together with paganism, Muslims and certain branches of Christianity.

Our colleague Manuel Martínez talked about this last month so I’ll be brief. We can distinguish between the original fanatic, the fanaticizing one, and the induced fanatic, who is fanaticized by the original one. The former has the authority that allows him to give his troops (the induced fanatics) the right to overcome the inhibitions created by their moral consciousness. A clear example of this, among many others, is hitlerism, where people who in other circumstances would never have committed those acts were led to commit them. The mental structure of the original fanatic is more complex, more twisted, than that of his followers. The induced fanatics are usually conformists who by associating themselves to the original fanatic can express their sadism without feeling guilt. They seek security by associating themselves with someone perceived to be omnipotent but that security will fall apart sooner or later because the circle of enemies never stops growing and the paranoid system ends up defeating them. The original fanatic is someone who has an enormous, invasive personality with a tendency to make it all about him, obsessed with power and close to being delusional. The induced fanatic is someone who seeks to fuse with a group, lose his individuality and just be part of a greater mechanism.