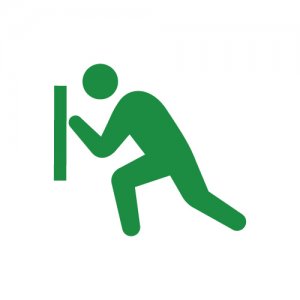 Defense mechanisms are methods, mainly unconscious, that people employ in order to defend themselves from feelings or thoughts that would produce anxiety, depressive affects or hurt their self-esteem if they became conscious.

Defense mechanisms are an integral part of everyone's psychic functioning and are only considered pathological when their use is abusive or too rigid. There are many different classifications of defense mechanisms; the following are based on McWilliams' book on psychoanalytic diagnosis.

Withdrawal consists of retreating into oneself and pulling away from reality in order to take refuge in the world of phantasy or sleep. An easily observable example is an anxious or overstimulated baby that protects itself by going to sleep. This defense allows the individual to escape from a painful reality without distorting it and, unlike other primary defense mechanisms, it doesn't usually create misunderstandings in the interpretation of reality. That said, its excessive use considerably limits the possibility of dealing with reality.

Denial consists in rejecting the fact that something is happening and is based on the pre-logical conviction that "If I do not acknowledge it, it is not happening". The roots of denial are in the first stages of development where everything that is and isn't is a function of oneself. This defense can be adaptive in emergencies or crises where full acknowledgment of what is happening would be paralyzing in that moment.

Omnipotent control consists in the phantasy that the source of everything that happens is oneself; it is based on the non recognition of the separate existence of others with a will different from one's own. In its more benign manifestations it can appear as the conviction that if one wants something, anything, one can achieve it by sheer force of will; this is evidently untrue but it is motivating. If the individual makes too frequent a use of this defense it will stop her from being able to establish realistic causal relationships that would orient her to reach her goals.

Idealization consists in the need to grant a person, or activity, on which one depends a special value or power that will allow one to solve all one's difficulties definitively by associating with it. Devaluation is the opposite side of the same coin and expresses the frustration felt when reality refutes idealization. All love has a seed of idealization.

Projection is the process by which what is inside oneself is misinterpreted to be coming from the outside and, in its more severe forms, tends to produce serious distortions in the perception that the individual has of others. In its more mature forms, it is the basis of empathy.

Introjection is the process by which what is outside oneself is misinterpreted as coming from the inside. It its more problematic forms it can lead to identification with the aggressor, a mechanism by which the individual will try to overcome the pain by being like his aggressor. In its more benign forms it is the basis of all identification with important people in the life of the individual.

Projective identification consists not only in the projection of negative aspects of oneself onto others but also in the pressure exerted on the other for him to act in a way that is congruent with what is being projected. For instance, a critical aspect of oneself is projected onto the other and then one acts in such a way so as to provoke criticism.

Splitting consists of the tendency to separate the world and people into good and bad; it is an effective way to reduce the complexity of confusing or threatening situations but it always entails a distortion of reality. An individual that splits will not be surprised that he considers someone, who he considered wonderful last week, to be horrible this week and will have trouble having ambivalent feelings towards the same person.

Dissociation is a way of disconnecting oneself from present experience, sometimes by creating another representation of oneself, in order to continue existing in moments that are too painful or stimulating. Frequent use of this mechanism will result in a discontinuous perception of oneself, of time and the world which will be full of striking gaps. In its more severe forms it can lead the person to feel that she has several different selves. In its more benign forms it can be a transitory way to reduce an excess of stimulation.

The essence of repression is to voluntarily forget or ignore something that one has been aware of; it is a way of pushing potentially disturbing content out of consciousness. This process can be applied to a complete experience, to the affects connected to that experience or to the phantasies associated to it.

Regression is an unconscious process by which the individual goes back to older, more infantile, ways of functioning in order to avoid the conflict or the effort that growth and change entail. It is a common mechanism in all social and emotional development since these never progress linearly but fluctuate back and forth.

Isolation consists in the separation of affects and thoughts; the individual can be aware of something and can think about it but its emotional meaning is isolated and does not disturb her. This "psychic anesthesia" can be useful in professions where it is necessary to keep a cool head such a surgery. It is different from dissociation in the sense that the experience is not obliterated from consciousness, only its affective component. Its excessive use leads to an overvaluation of thought and an undervaluation of feeling.

Intellectualization is a form of isolation that intellectually recognizes the existence  of a feeling but does not feel it; the feeling is theoretically acceptable to the individual but its expression is still inhibited. It is a considerable evolutionary step to be able to think rationally in an emotionally charged situation but abuse of this mechanism will lead to a truncated experience of play, sex and humour.

Rationalization consists in finding reasons that justify an act that will be experienced as conflictive. It is often used when one doesn't get something one wanted and one decides that one didn't really want it, or when something bad happens and in retrospect one decides that it wasn't so bad. This defense allows one to accept things with minimal resentment but its excessive use will lead to everything being rationalized.

The function of compartmentalization is to allow two conflicting conditions to exist without confusion, shame, guilt or conscious anxiety. When an individual compartmentalizes he can sustain two or more essentially conflicting ideas, attitudes or behaviours without recognizing the contradiction.

Undoing consists in the unconscious effort to compensate a painful emotion ––generally guilt or shame–– with behaviour that will erase it magically. An individual that feels (though this may not necessarily be the case) that she is hurting another person may try to compensate by compulsively treating him too nicely, for instance.

Turning against the Self

Turning against the self implies redirecting towards oneself emotions that were originally directed towards someone else. If an individual depends on someone unreliable it may be easier to turn the criticism and the rage that the unrealiability generates against himself, and feel responsible for the other person's unrealiability, than to feel powerless and vulnerable needing someone on who he cannot count.

Reaction formation consists in transforming an impulse or an emotion into its opposite; hate will become love, envy will become gratitude etc. Those individuals that are very afraid of their aggressive impulses and have trouble differentiating between thinking and doing will tend to use reaction formations to protect themselves from what they may feel as something dangerously uncontrollable.

Reversal, essentially, consists in transforming what is passive into active; an individual who feels that she is the passive object of a painful situation can reverse it and become the active agent of that same situation. A common example is the transformation of the need to depend on others into making others depend on one. A good portion of altruistic behavious stems from this defense.

Acting out is intimately linked to reversal in the sense that it is based on the reversal of passive into active in order to act out in reality something that is intolerable at the mental and emotional level. By acting something out the individual can preserve his sense of agency and, at the same time, evacuate a painful emotion.

Sexualization is a way of transforming an experience of pain or terror into pleasurable excitation; the fear of abandonment or abuse, for example, can be sexualized in order to be felt as gratifying experiences. It is not unusual that relatively healthy individuals sexualize certain areas of their lives (dependency, aggression) in order for them to be more bearable.

Sublimation consists in finding diverted and adaptive satisfaction from those impulses that cannot be expressed directly due to social norms: a surgeon could be sublimating her aggressiveness; an artist could be sublimating his exhibitionism. The advantage of sublimation is that it allows the impulse to be discharged (in a transformed and displaced manner) without having to fight against it.

Know more about psychoanalysis in general; other FAQs, or contact.