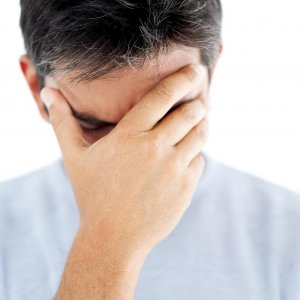 The reasons for consultation are as varied as the people who consult, but all are based on underlying anxiety or depression in one of their forms, sometimes more manifest, sometimes more subtle. Even when they are not the conscious reasons for consultation, and they often are, anxiety and/or depression are behind all other symptoms in one way or another.

Anxiety acts as a signal from the mind and the body warning the individual of the proximity of something, real or imaginary, which is felt to be dangerous. The clearest manifestations of anxiety are panic attacks, chronic anxiety, stress and insomnia. Anxiety differs from fear because the individual is not aware of what creates anxiety but is aware of what frightens him. It should be noted that there are also fears that are conscious but that are irrationally powerful; these are due to something unconscious that produces anxiety which overlaps with the conscious fear.

Depression is the mental and bodily expression of something that is felt as a loss or an emotional void. The clearest manifestations of depression are sadness, apathy, chronic fatigue and loss of self-esteem. Depression differs from grieving because in grieving the individual knows what he has lost and can grieve in a time-limited way for it; in depression, the individual does not know what has been lost and the feeling persists for no apparent reason. In the same way as fear, there are grieving processes that are too intense or prolonged –– they are due to unconscious contents that produce depression which overlaps with conscious grieving.

Many visible symptoms are ways for the individual to defend himself or herself against, or manage, anxiety and depression so that they do not invade his or her entire life:

Most Common Reasons for Consultation

The most common reasons for consultation that psychologists in Madrid come across are:

The classicial neuroses, as they are called ––hysterical paralyses, obsessive-compulsive disorders and phobias–– are still common, though they often appear in forms that are quite different from the ones that were first identified at the beginning of the 20th century. The variablity in their manifestations is one of the reasons that some psychodiagnostic manuals have been growing exponentially adding one cartegory after another.

Know more about defense mechanisms; other FAQs, or contact.