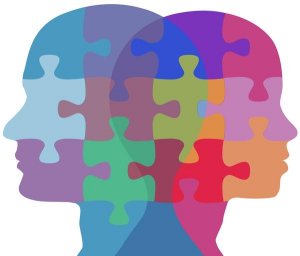 After the preliminary interviews, and once a diagnostic and a therapeutic indication have been established, the adult patient is invited to apply a specialized method of communication ––called free association–– that will offer the therapist and the patient privileged access to observe, and then understand, the unknown aspects of the patient's personality.

This methodology, apparently simple, consists in the patient attempting to say whatever goes through his mind even though it may appear irrelevant, absurd, incoherent, shaming, offensive or banal.

The reasons behind free association

When an adult patient consults a psychologist it is usually because something emotionally painful is happening to him that he cannot understand, solve or change on his own. That is, he feels that he is the object of what is happening to him, not the active subject of it. In other words, one could say that he feels like the victim of himself, not the owner of himself. This is due to the fact that what is occurring to him, and the reasons why it is occurring, are unconscious, out of his range of self-knowledge and out of range of his capacity to act on it. In order to modify this, it is necessary to bring the unknown, that which is unconscious, to consciousness and work on it there.

If one imagines a very schematic model of the mind separated into two areas, conscious and unconscious, what appears on the surface of the conscious mind will be a mix of sensorial impressions, images, proto-ideas, affects, memories and fantasies. When one communicates normally with another person one automatically discards a great deal of the material that appears on the surface of consciousness in order to edit and organize the rest to create a discourse that conforms to the rules of semantics and logic. Free association consists in precisely not discarding, editing and organizing what appears of the surface of the mind, but rather to communicate everything that emerges there because it is the material closest to the unconscious available to the patient.

Based on this information, the therapist and the patient will work together so that the patient acquires emotional comprehension, and not only intellectual, of the deep roots of her difficulties. The effort to understand what is happening in all its complexity will afford the patient better possibilities to modify previously incomprehensible symptoms and will increase her capacity to operate the changes that she considers beneficial for her life.

Know more about the treatment of Children and Adolescents and Psychosomatic Disorders.